In September 2015 this site published the article “The cover for ‘War In The Cosmos’ which never got used for a French reprint” showing a drawing which appeared to be a never published before front cover for a new french version of “Oorlog In Het Heelal”, the story Bob De Moor created for the weekly magazine Ons Volk in 1949.

Whilst being at Olivier Marin‘s place to scan some drawings, I also found a drawing which was a reworked version of the cover for a Sony advert. Since I never saw a version of this advert ever being used, it’s rather unclear if it was ever published in it’s final coloured version. Note that half of the drawing was a photocopy on which Bob De Moor altered a few things. 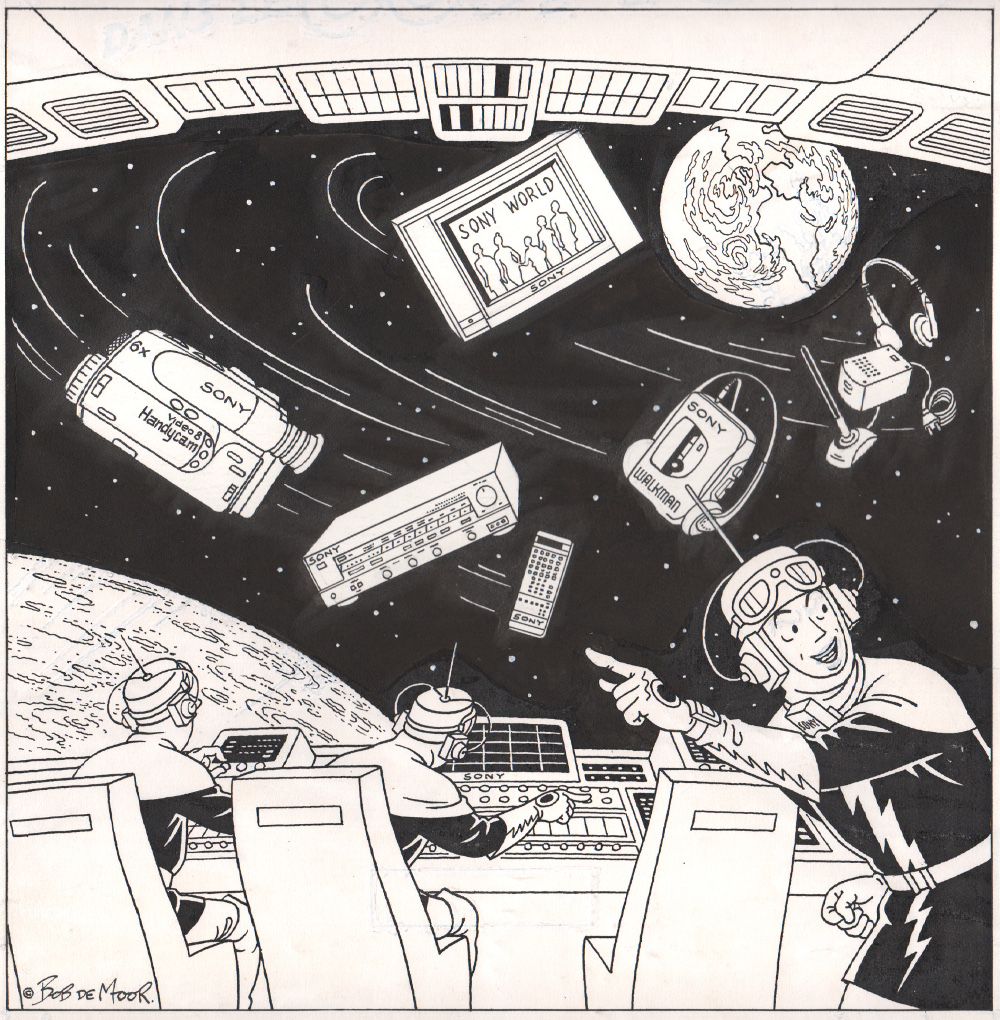 Nevertheless, there are a few significant differences between the 2 versions. Let’s have a look!

Let’s see if we can find the final version, I contacted Sony a while back but they didn’t get back to me regarding this. So if someone knows more about this drawing, let me know!