A few days ago we received a mail including a scan of a drawing Bob De Moor had made on February 24, 1943. This drawing, which has never been published before, was included in a A5-sized notebook owned by Lily Schmutzer (1922 – 2000).

Here’s a detail of the drawing, further down below you can see the complete drawing. 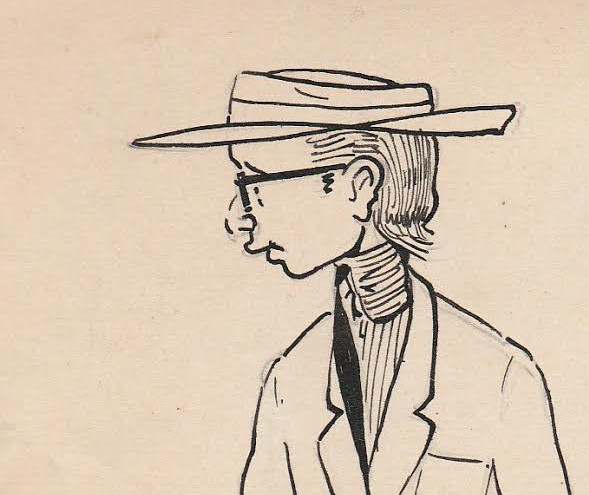 It’s her daughter, Carine Weve, who contacted us and one thing led to another and after a few mails back and forth we can offer you today not only a previously unpublished drawing but also the context of how the drawing ended up in the notebook of Lily Schmutzer and also a bit of her own story which explains why she kept the notebook.

It’s thanks to her and especially her daughter Carine Weve that you can now discover this early work on this website, 73 years after it was created.

But let’s first sketch a bit the historical context. Lily Schmutzer was Dutch and was born in 1922. When the 2nd World War broke out, the family Schmutzer moved to Antwerp just like many other Dutch people. Not all that surprising as the Germans had used a lot more aggression to overrun the Netherlands compared to what happened during the annexation of Belgium. For instance they had bombed Rotterdam and Middelburg despite the fact that the Dutch had already surrendered. Add to that that it soon became clear that the royal family had gotten away in secret leaving their compatriots in the hands of the Germans who would install a Zivilverwaltung (aided by the bloodthirsty NSB aka the Nationaal Socialistische Beweging) compared to the somewhat more civilised military-led regime aka Militärverwaltung we would know in Belgium.

It’s highly probable that the family Schmutzer left during this period, but precise data are not known although we know Lily Schmutzer followed lessons at the ‘Academie voor Schone Kunsten’ from 1940 until 1945. And that’s where she met Bob De Moor. 3 years younger than her he would start his first year at the Academy in 1940, aged 15. Both Bob and Lily finally ended up in the same ‘portrait class’ in 1943 where the ‘professor’ was teaching (more on this character further down).

The drawing Bob De Moor made in Lily’s notebook also has some notations by Lily Schmutzer indicating who is who on the drawing. Note that Bob De Moor was using ‘Bob’ as signature and equally was known as Bob De Moor (and not Robert De Moor) with his fellow students. For the purists, Lily wrote ‘Bob de Moor’ with ‘de’ instead of ‘De’, an error which would be made a lot in the decades to follow.

Below is the A5-sized notebook. 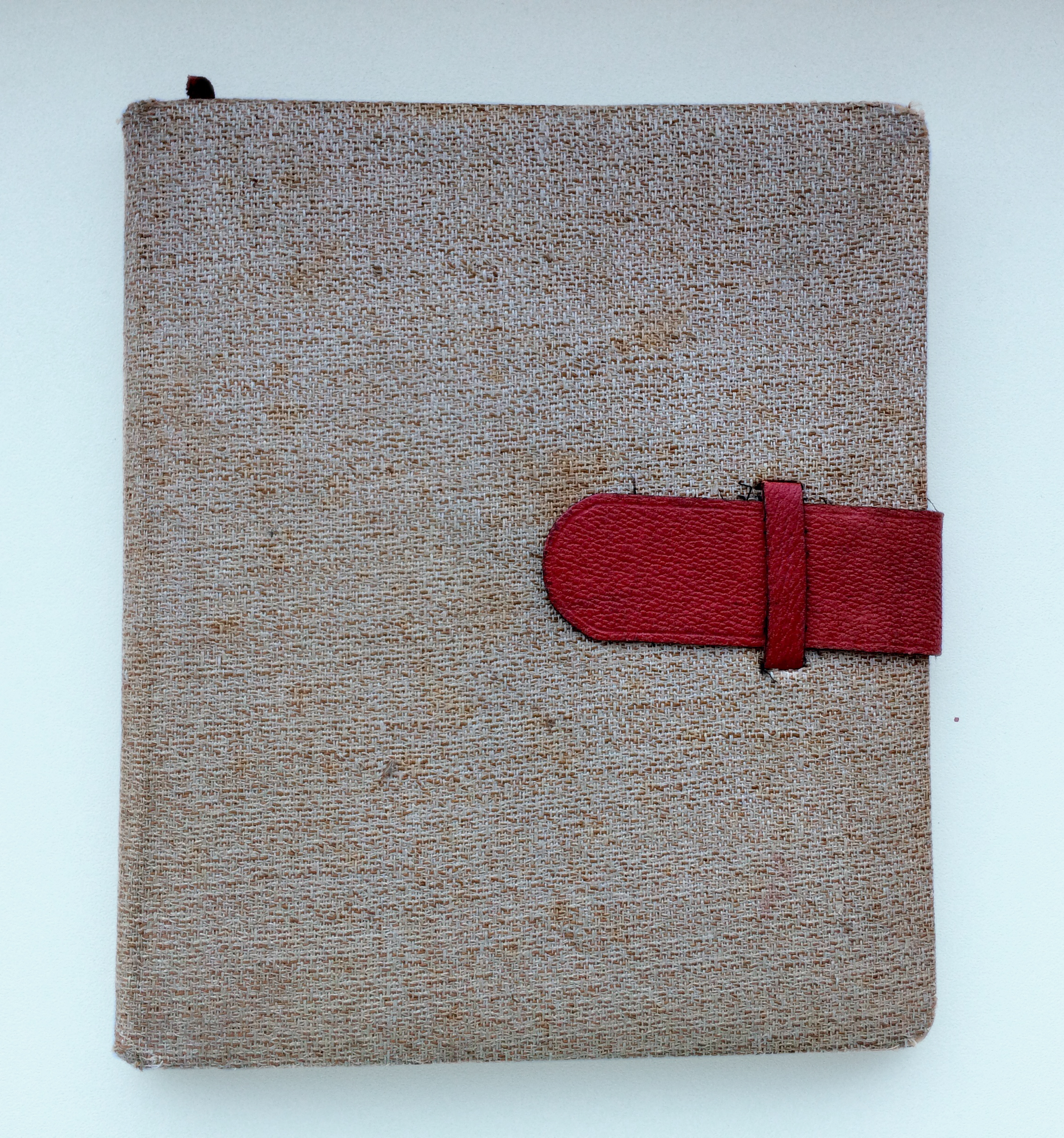 And here is the actual drawing. If you look really well at the drawing, you can still see the pencil drawings under the ink: 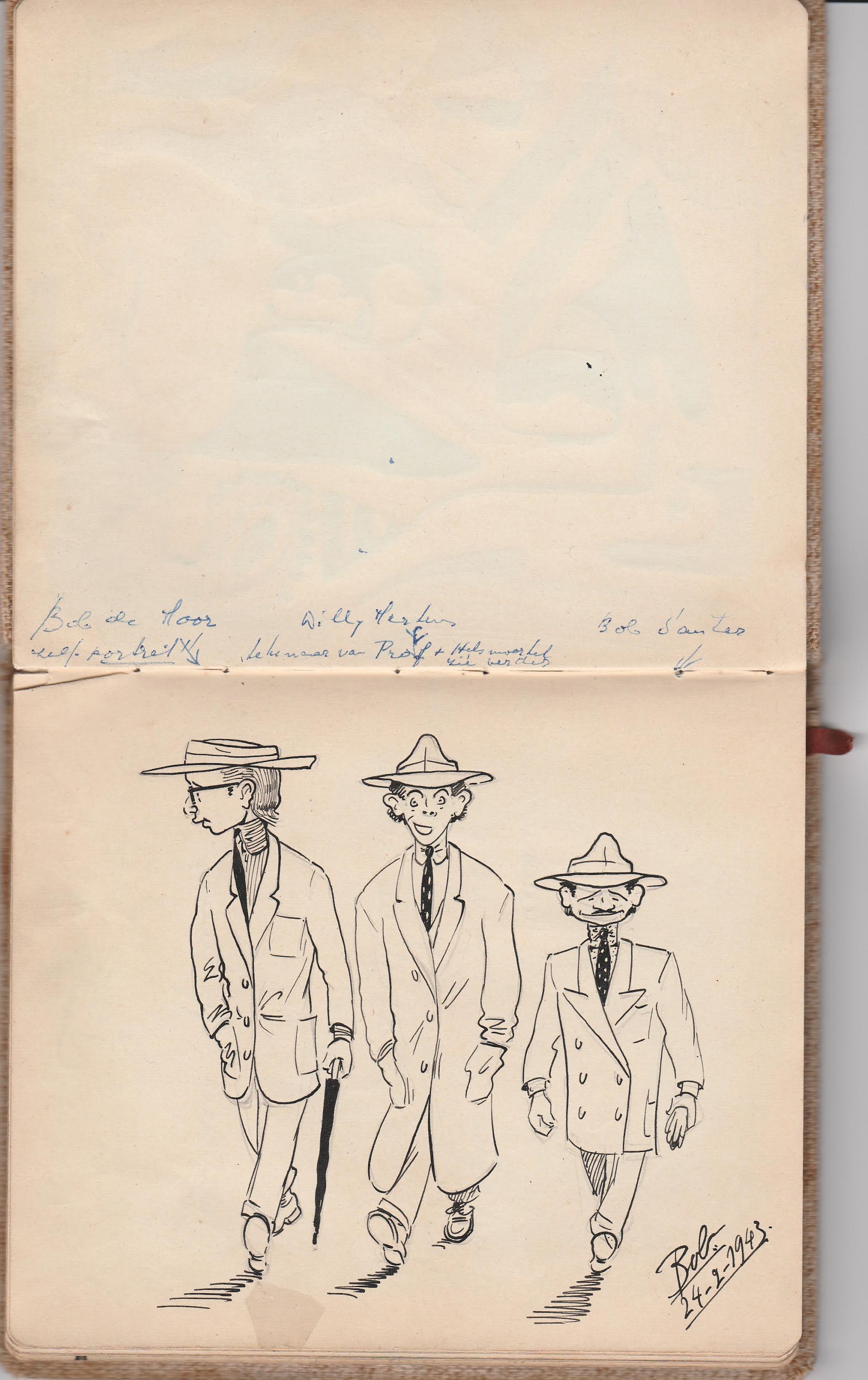 For those not speaking Dutch, ‘zelfportret’ means self portrait in English. ‘Prof’ refers to a ‘professor’ who managed the portrait classes and he seems to have been a recurrent character as the notebook of Lily Schmutzer has several annotations of him.

We haven’t found any references on the 2 other characters depicted in the drawing and they were also not mentioned in Ronald Grossey‘s book “De klare lijn en de golven”.

However, Carine informed us that the note under the name Willy Mertens refers to a drawing further in the notebook where Mertens portrayed their professor portrait drawing (called Leclercq or Leclerc) together with another student Roger Helsmoortel.

The notes were mostly added years later “which shows that according to me at least her time at the academy must have been very important to her”, says Carine Weve.

The drawing itself depicts De Moor and his two fellow students as Zazous. You can read a lot more on the subject of the Zazou movement in this article we published in August last year: Zazouing with Bob De Moor in 1945.

The notebook of Lily Schmutzer reveals some extra information regarding the circumstances in which the students had to work. The war is clearly present in her comments spread throughout the pages. For 1943/44 she writes: “… door het in de schuilkelder zijn, slechts 1/4 werkjaar.” (“By being in the shelter all the time we only completed 1/4 of a year’s work”) And Carine also says that her mother told her children that because of the war there was no heating. Pictures taken during the academic year 1941/42 have comments like “‘s Morgens hingen de ijspegels aan onze beelden en moesten we eerst de buitenkant ontdooien. En dan kregen we wéér een maand vacantie.” (“In the morning we first had to defrost the outside of our sculptures because there were icicles hanging from them. And then they gave us again a month worth of holiday.”) In the picture below the thick coat Lily is wearing indicates that it was very cold in the classroom. 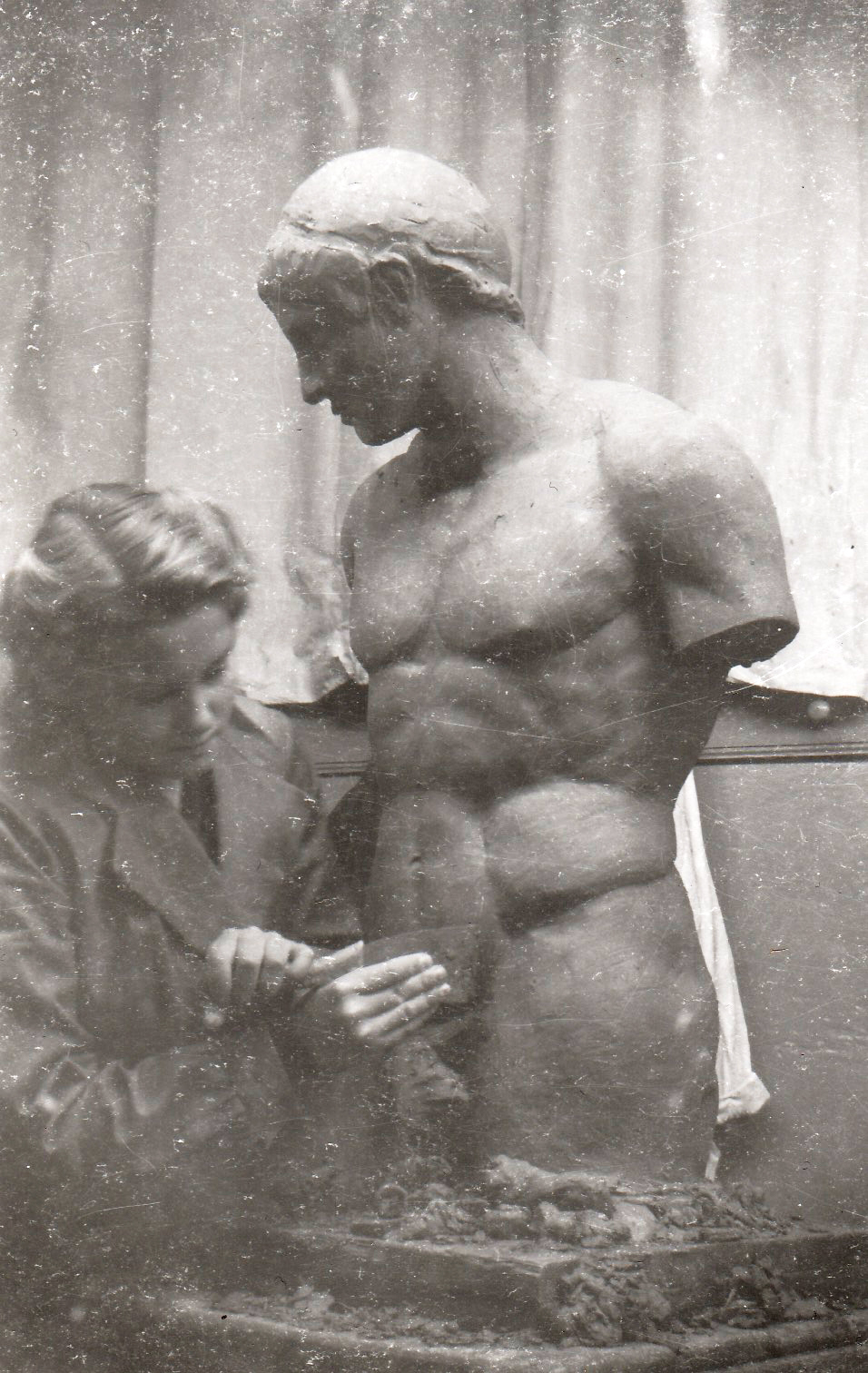 “In the end my mum never worked as a visual artist. She became a mother of a family of 5 children – and was by then madame Lily Weve-Schmutzer, Weve being her husband’s family name – and gave us a youth where we lived around a (dining) table where we drew and pieced things together. And ‘everything was possible’,” recalls Carine. Two of the 5 kids would go to the arts academy. Sylvia Weve for instance became a multi-award winning illustrator of children’s books, among others. She for instance illustrated translated books by Roald Dahl and Mikael Engström. You can find her website right here.

Although Carine didn’t mention it in her correspondence, she is actually also active as a visual / conceptual artist and has seen her work exhibited in The Netherlands, China, Poland, the USA, Germany and Belgium. You can find some more info on her work right here.

Many many thanks go to Carine Weve for the info and pictures provided.