In 1981 the city of Clichy (a commune in the northwestern suburbs of Paris, France) organised it’s 8th comic festival (from 12 til 14 June included). For the occasion Bob De Moor was a central guest together with Jean-Claude Fournier. Jean-Claude Fournier, known simply as Fournier, is a French cartoonist best known as the comic book artist who handled Spirou et Fantasio in the years 1969-1979.

Especially for the occasion De Moor made a special drawing featuring Barelli, Anne Nannah and himself. The drawing is one of those typically circle-sized De Moor drew over the years. In the drawing you can see Barelli and Anne Nannah dancing just like De Moor who is swinging on the music of whilst drawing the scene with the aforementioned characters. 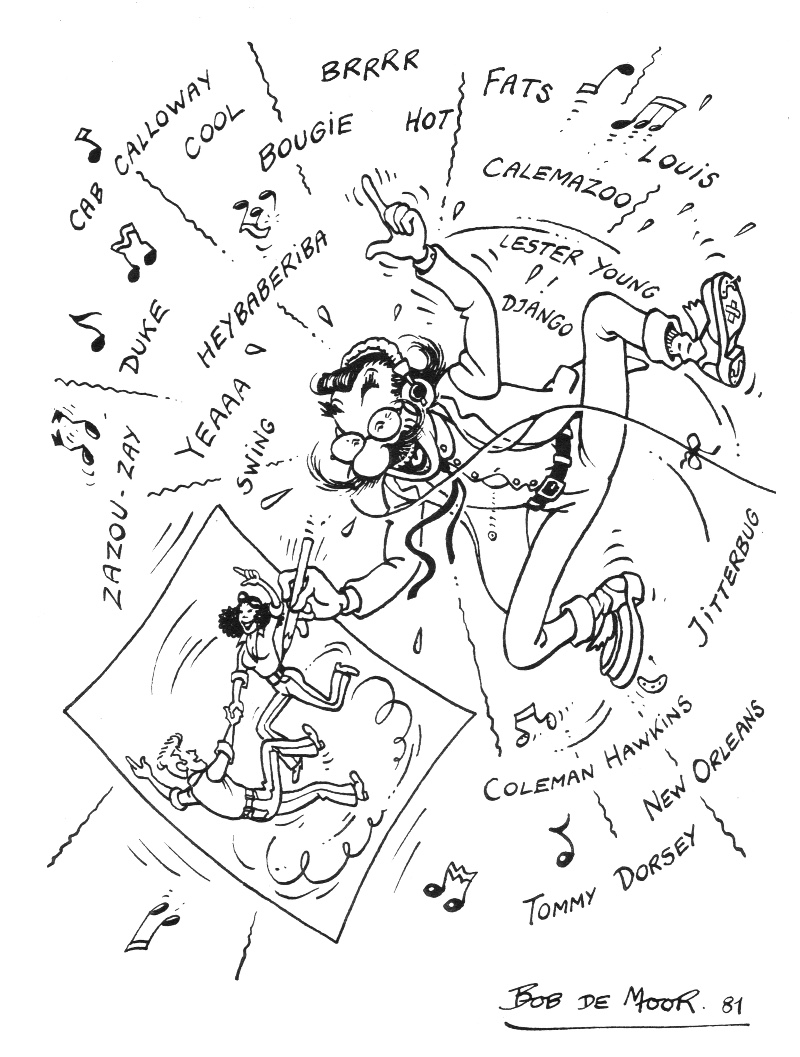 The music featured is clearly De Moor’s own jazz & blues music taste. And he has been dancing a lot looking at the state his shoes are in (plasters, parts falling off, nails coming out).

We found this drawing in the now defunct comic magazine Archéopteryx n°2 which featured a special for the festival which was hidden in the archives of the family De Moor.