While going through the archives of the family De Moor I stumbled on this cartoon which must date from the era when Bob De Moor worked for several magazines, which dates this drawing between 1946 and 1951. The drawing itself has no reference to what magazine it was published in but looking at the style used, it’s my guess it’s probably from around 1946. 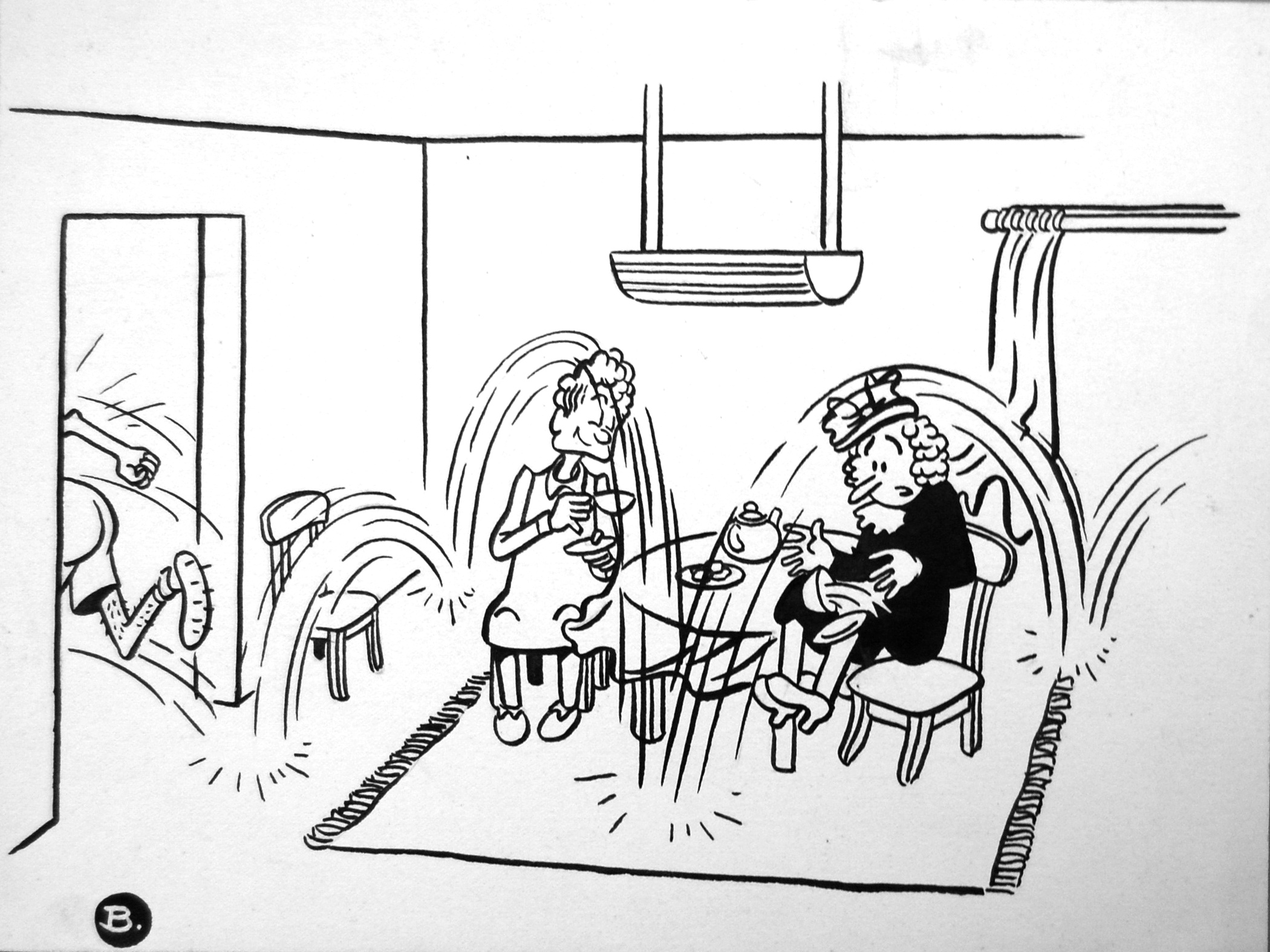 The cartoon was published with a typed caption under it, and that legend can be found on the back of the drawing and it reads: “Wees gerust madame Peeters, dat was mijn zoon. Hij oefent zich voor de vijf honderd meter hindernissen.” The text is in dutch of course and says this: “Rest assured Mrs Peeters , that was my son. He is practicing for the five hundred meters hurdles.”

Nowadays this would be considered to be some kind of ‘Druivelaar-scheurkalender‘ humour as we refer to it in Flemish, indicating it sounds obsolete. But back then this was typical situational humour which people liked.

But what is the most interesting is of course the drawing itself. De Moor is perfectly showing where the athlete has been jumping using several motion lines. Surprisingly he doesn’t add any expression lines around the face of madame Peeters to show her surprise. Perhaps that would have added too much extras in the drawing. The same goes for the curtains which are clearly moving.

You can clearly see that this drawing was a quick job, although well executed, the characters are not really abundant in details and the whole decor is rather sober. Nevertheless, all is there and De Moor shows that he knows how to make a drawing dynamic. Final detail, that hanging lamp looks a bit odd. I have spent some time cruising through a few online catalogs to find a similar one, but couldn’t find any.

If someone knows when this drawing was published, let me know at bernard.vanisacker@gmail.com and if you find that lamp, don’t hesitate to inform me too :).