Did you know that Bob de Moor started twice on a Jo et Zette album? The first was with Jacques Martin and was called “La Main Noire” (abandoned because the work on the “Ile Noire” took too much work), the second was the “Thermozéro” album in a scenario by Greg. The latter scenario was first used by Hergé for a TinTin album but abandoned. De Moor and Greg never got round to finish the “Thermozéro” album. You can see a scan of 2 pages, one of both aborted albums. The one with the boat is the “La Main Noire” one. 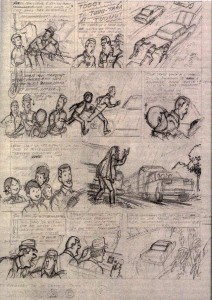 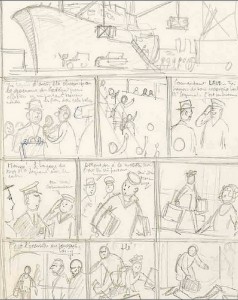 The squint-eyed silver fox cover artwork as it changed overtime

Tintin at the Vancouver Expo of 1986