During (and especially at the end of) the German occupation of Belgium, people were confronted with a lot of products not being available. By then the use of use of ersatz products was common. For those not familiar with the term ‘Ersatz‘, it is a German word literally meaning substitute or replacement and often refers to things of poorer quality. 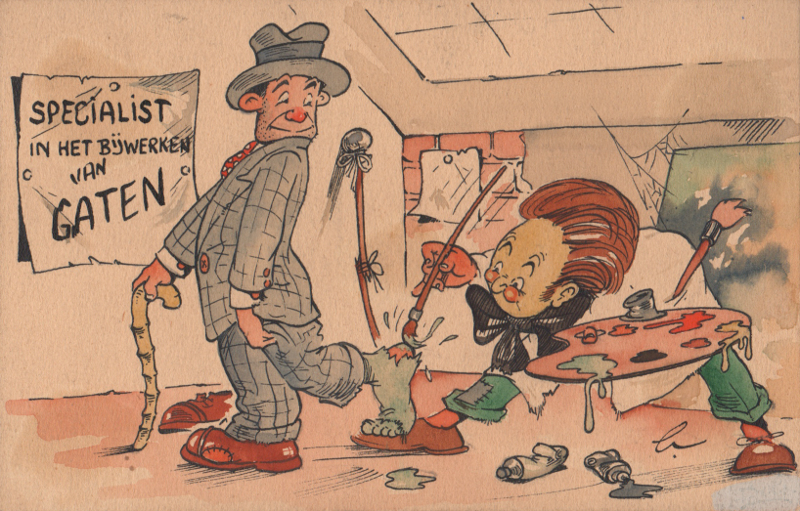 For the older Belgians during Wold War 2, the term wasn’t especially new because they were also confronted with it during World War I when German ersatz products were developed and introduced in the occupied territories. These included synthetic rubber (produced from petroleum), benzene for heating oil (coal gas), tea composed of ground raspberry leaves or catnip, and coffee substitute using roasted acorns or beans or grains instead of coffee beans. But there was worse, during World War II, POWs were often given ersatzbrot (replacement bread) made of potato starch, frequently stretched with extenders such as sawdust. And if sawdust sounds strange to you, know that this is nowadays being used in large quantities in cheap ‘Parmezan’ like cheese in the USA and Latin America… 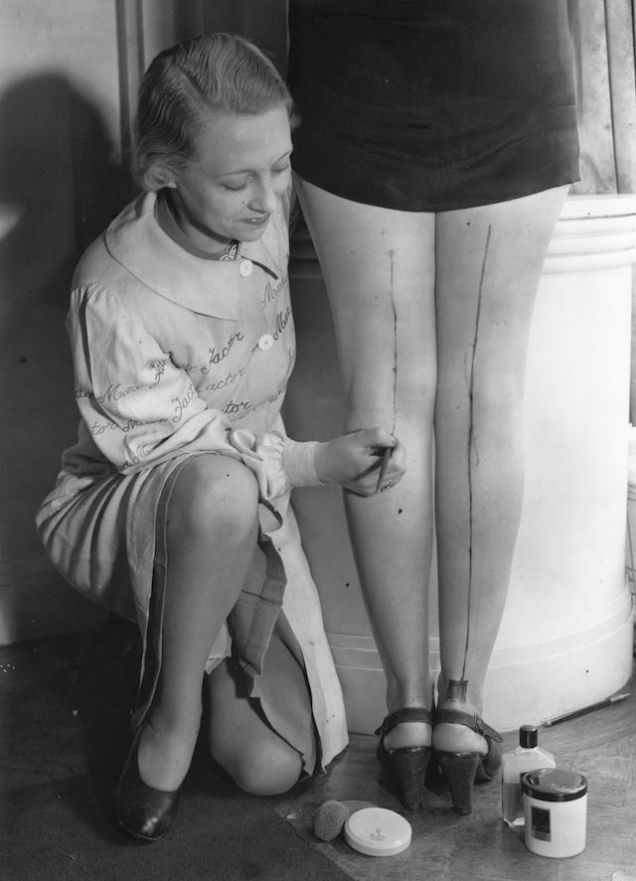 The lack of food supplies wasn’t the only problem, many people found it also hard to get (new) clothing, and not only because it was so pricy. Often there was simply no availability of fabric to make clothes so there were often no new clothes at all. But people turned out to be very inventive and started reusing older clothes, modifying them so that for example their kids could be dressed properly, especially on Sunday.

The cartoon we show above was made in the second half of the 40s, straight after World War 2 by a young Bob De Moor who of course had been aware of the lack of goods such as stockings. And it refers to an ersatz method applied by young women who were confronted with a lack of silk stockings as nylon manufacturers for example retooled factories to produce nylon parachutes, cords and rope, instead of stockings.

One solution to the stocking shortage was for women simply to wear cotton socks. The socks were short and worn folded over at the top of the ankle. Another popular option was to apply makeup to the leg, a tedious procedure that could include painting a black line up the back of the leg to complete the illusion. If we have to believe the testimonies from those times, drawing a straight even line down the back of the leg was the most difficult part. But if the women got caught in the rain, their leg makeup washed off. 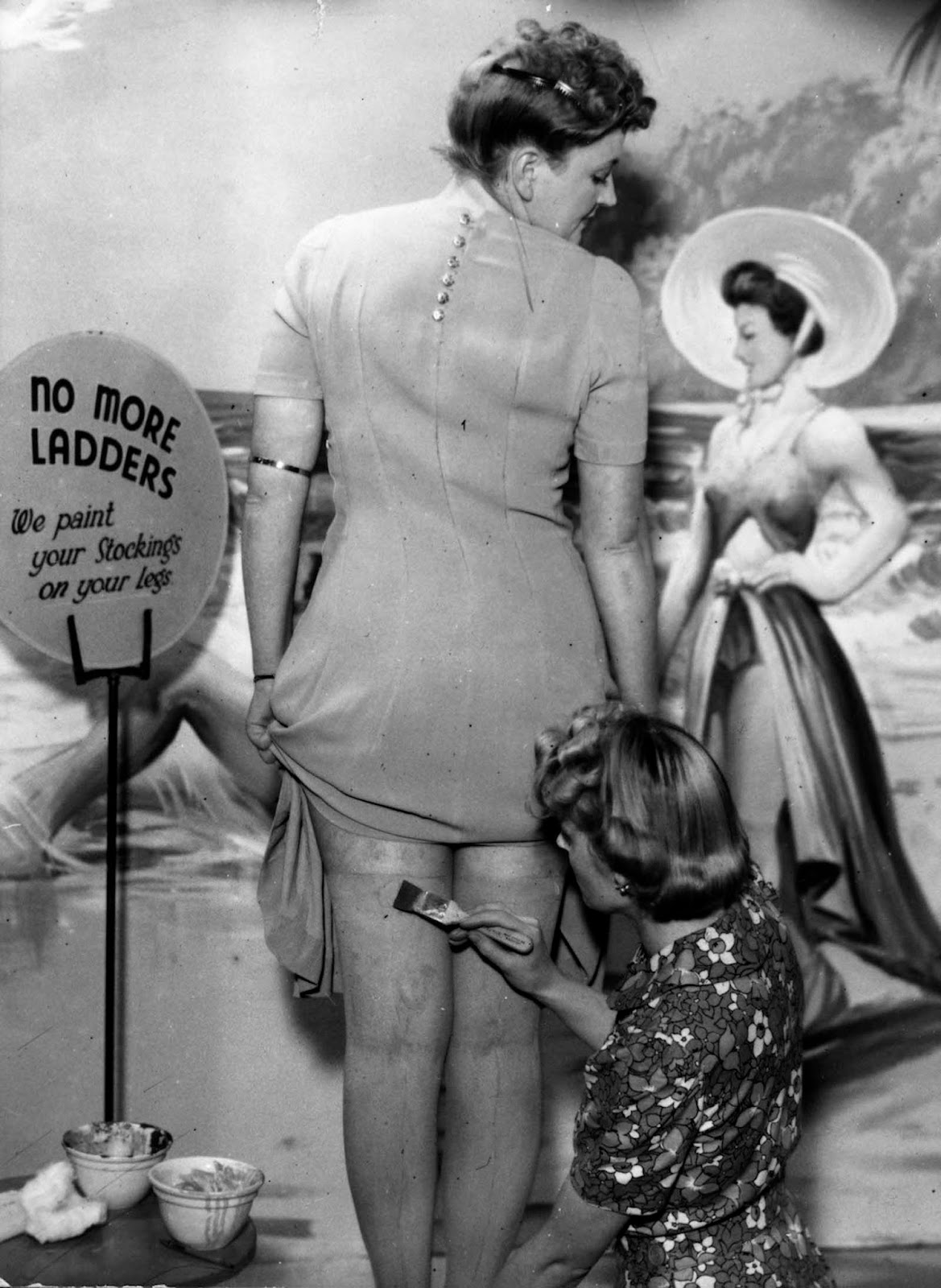 Surprisingly enough, or just not really surprising, this tactic popped up everywhere, in occupied Europe, but also in the UK and the USA. The lack of goods in occupied Europe – and the use of ersatz products – didn’t immediately end with the fall of the 3rd Reich and continued for a while after World War 2 although things quickly got better.

Bob De Moor decided to apply the stocking ersatz to men as well, hence why you see a man in this cartoon who has his feet painted by an artist. Notice the hole-ridden socks which definitely need some darning. In the wall you can see a poster saying “Specialist in het bijwerken van gaten” which is Dutch for “Specialist in hiding holes”. On the back of the drawing you can see this phrase: “Onderschrift: toen de stopsaai nog schaars was!”, Dutch for “Legend: when yarn was still scarce!” which shows the drawing was made after the occupation.

You can clearly see that De Moor is still searching for a definite style in this cartoon. But in case you didn’t notice the ‘b.’ signature, the shoes surely give it away that this is a Bob De Moor drawing. The very small drawing was probably published in one of the weekly magazines Bob De Moor was working for, for instance Overal. If anyone has a copy of the printed version of this drawing, let us know!

(Thanks to Olivier Marin for this nice find!)