On May 7 1944, whilst Antwerp (and the rest of Belgium) were still under German occupation, John Van Looveren became a father of a boy, Ludo. John was Bob De Moor‘s brother-in-law and married to Bob’s sister Alice De Moor. Both John and Bob were very close around that time. Bob had for instance illustrated a story by John a year earlier relating the story of John and his friend Edmond Claes trying to flee (in vain) for the German invaders.

When the then 18-year old Bob visited the freshly born Ludo Van Looveren, he made the following drawing of baby Ludo. You see the very young Ludo (probably just a few days or weeks old) sleeping in his bed whilst enjoying his dummy. Bob De Moor signed as ‘R. De Moor’ and added ‘1944’. The paper the pencil drawing was made on has coloured over the years and judging on some marks has also been thumbtacked to a wall or on a cabinet for quite some time. The colouring on the border furthermore shows it was framed (and coloured by the light) later on before it ended up in Ludo’s own archives where he has kept it away from any further light damage. 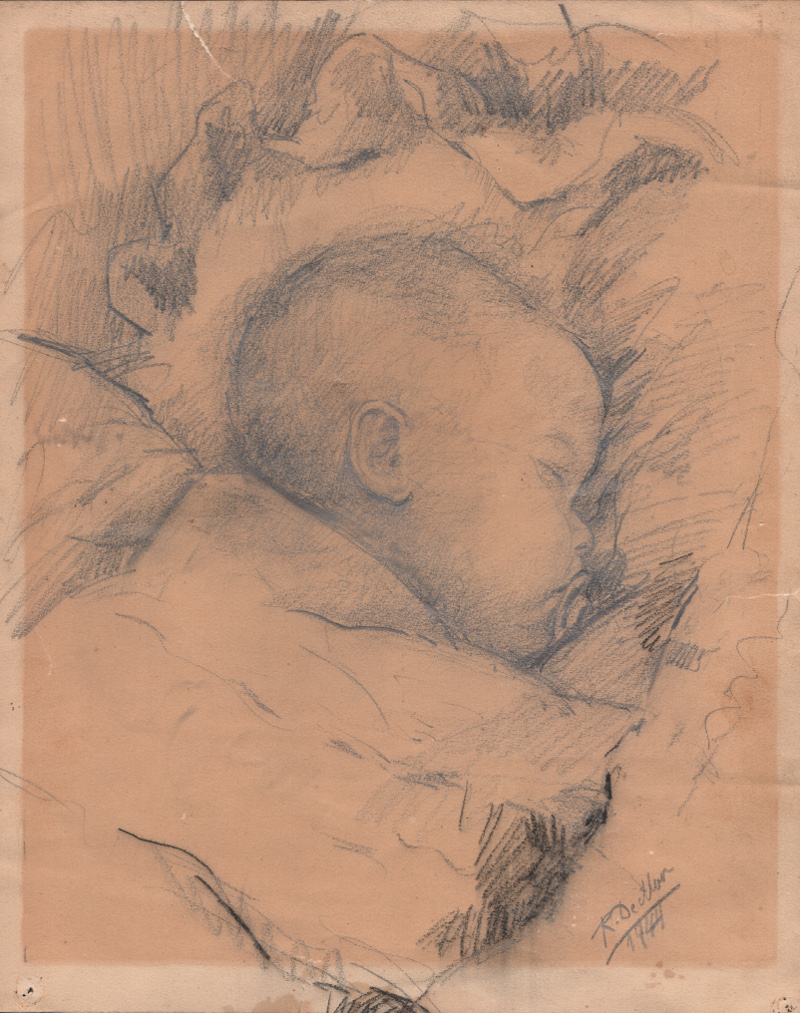 It’s the first time that this drawing has been published and it depicts a Bob De Moor who is mastering his sketching more and more. Compare it with this drawing made 3 years earlier and you can recognise that De Moor has evolved quite a bit. A good detail is Ludo’s eye which has been very well drawn and the cheek. A soft stroke and shadows do create a better effect than the harder lines he would have used a few years earlier. 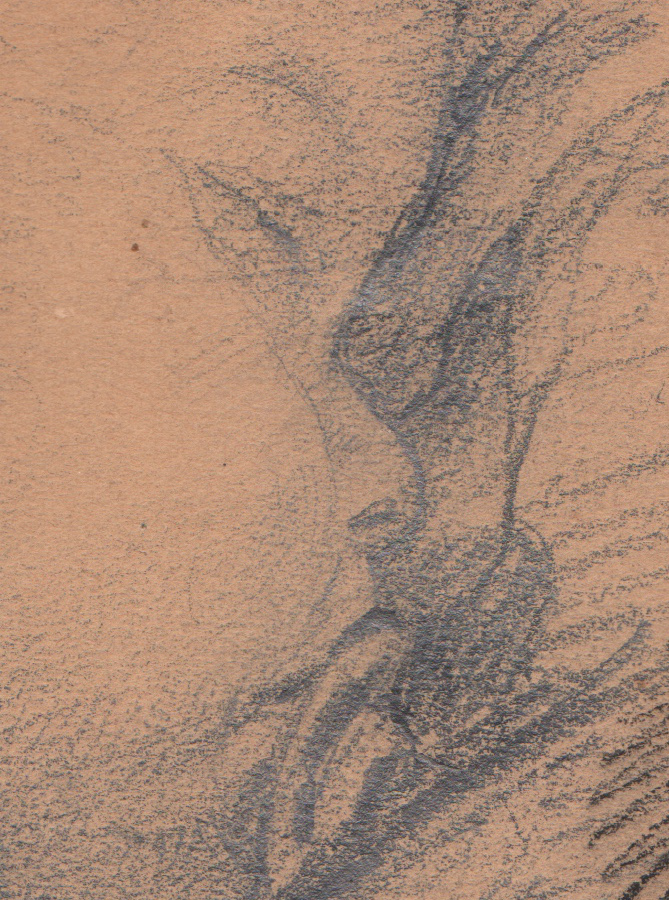 Bob De Moor decided to also add some black pencil shadow on top of the grey pencil strokes (in order to put some emphasis we presume), but he stopped halfway through, probably because he saw it was making the drawing too hard.

But what happened to that cute baby? Well, Ludo apparently inherited some of the family De Moor’s genetics plus his father’s sense for imagination as he’d become an interiors architect docent following his graduation in 1968 at the ‘Nationaal Hoger instituut voor bouwkunst en stedenbouw Antwerpen‘ (now known as ‘Henry Van De Velde Instituut‘), a renown school for architecture and actually born out of the arts school Bob De Moor had been going to.

The same year Ludo married Corry De Souter and in 1969 his first son was born, Arik followed by Bram in 1972. By then Ludo had become a docent interior architecture at the ‘Hoger instituut Coloma, Mechelen‘, nowadays known as the ‘Thomas More Hogeschool‘.

In 1974 Ludo Van Looveren developed a shared passion with Bob De Moor when he started building his very own yacht, which would be completed 6 years later in 1980. In 1984 he would even take a sabbatical year to go and sail to Portugal. The sailing virus never left the couple Van Looveren and after retiring in 1999, the family Van Looveren has enjoyed several sailing holidays.

Thanks a lot to Ludo Van Looveren for sawing this drawing!