Ola, better known in the Anglo-Saxon world under the brand name ‘Wall’s‘, is an ice cream brand owned by the Anglo-Dutch food and personal care conglomerate Unilever. And back in the (60s?), 70s and eighties they regularly collaborated with the Studios Hergé in order to use the Tintin characters in their adverts, run contests via Tintin Journal etc..

It was Jean-Claude Registo who pointed us towards an auction where today’s drawing was being sold (it would fetch 500 Euro in the end). The 44,8 x 17,2 cm big drawing was undated and was described as being made by the Studios Hergé. But you don’t have to have a trained eye to instantly recognise Bob De Moor‘s steady hand in the lines.

How do we know it’s for Ola? Well, Thomson and Thompson can be seen enjoying an ice-cream on the left (the left ice-cream being completely drawn). Also, on the right you can see both funny guys next to a big box, which is actually a big freezer holding Ola ice-cream.

There were many different scenes invented for this Ola campaign. Below you can see an example of the duo riding an ice cream float for instance. 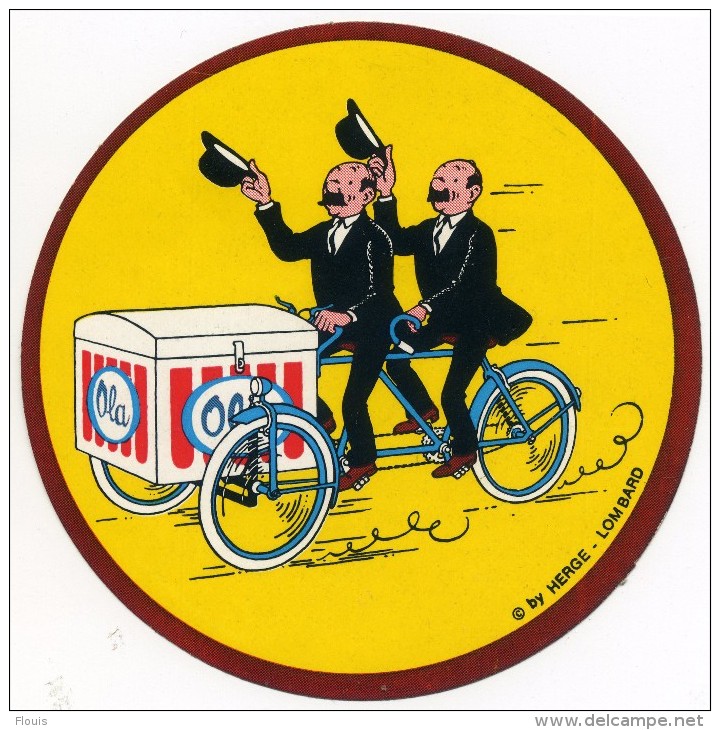