Out now is the brand new edition of the Snoe & Snolleke album ‘De zwarte draak’ which was first released in album format in 1993, albeit in an adapted coloured version, by the Standaard Uitgeverij. 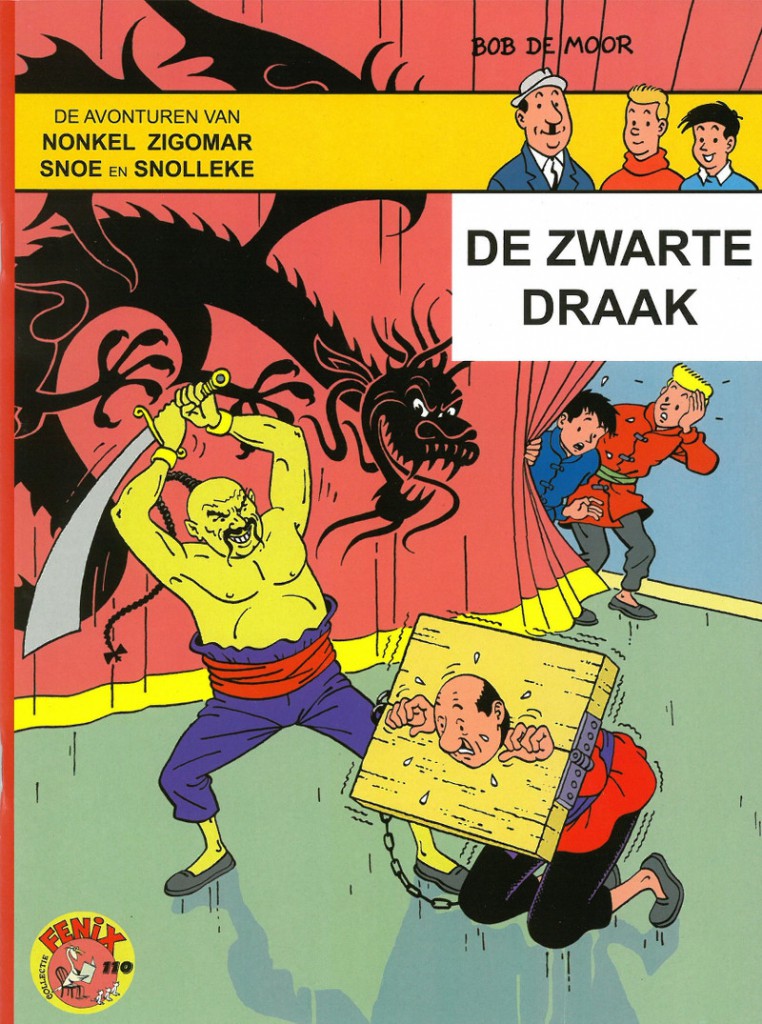 For this version the people behind the Fenix Collection by Brabant Strip vzw were able to get hold of the original newspaper prints published between October 12 1953 and January 30 1954 included. This also means that they were able adding 4 strips which were missing in the 1993 album version! And not only that, as we have several times indicated already, the 1993 version was in a kind of unreadable Dutch, plus it was missing a lot of the original black parts in the drawings due to the fact it was adapted for being printed in colour.

But there’s more to this version, because unlike the 1993 version, this 2015 version holds a cover which although based on the 1993 version (which was originally drawn by Bob De Moor), this time was executed by his son, Johan De Moor. If you look closely you’ll see some differences, for example some of the pen lines (on the chest of the beheader) differ a little bit from Bob De Moor‘s.

2016 will see some more restored work hitting the shop shelves as the fine people behind Brabant Strip vzw are also preparing the release of the full uncensored version of “Het Geheim van Vulcania”, a black and white album version which so far has only been available in a not so high quality pirate version.

For the fans of the older work of Bob De Moor, this album is an absolute must have! You can get hold of it in every better comic store in Flanders and The Netherlands.