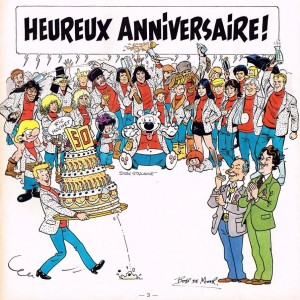 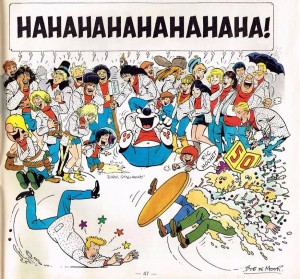 Here’s a Ric Hochet anniversary cartoon on which Bob de Moor collaborated with that other flemish multi-talented artist Dirk Stallaert. The cartoon features scenarist A.-P. Duchâteau and Tibet next to a whole string of cartoon characters all drawn by Stallaert (who with Nino already has shown he is perfectly able to complete the Alph-Art album in a perfect Hergé/de Moor way… but that’s another discussion).

Before photoshop, there was the art of tracing

Barelli in a pimped seat: the sketch and the final version