In 1982, more precisely from October 8 until November 15, the comic shop Stripgalerij Wonderland (located at the Paardsdemerstraat 19 in Hasselt (Flanders)) had an exposition on Bob De Moor. The expo opened the same day as the comic shop opened its door as it happens. The expo on Bob De Moor was followed by one on the work of the recently deceased Marc Sleen. 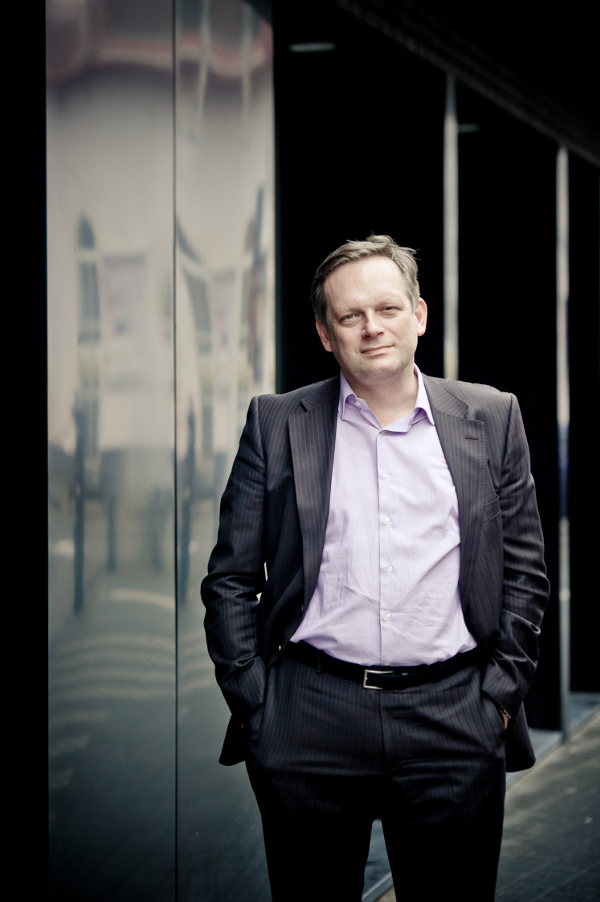 To our surprise, one of the people behind that exposition turned out to be Noël Slangen (52), best known to the Belgian readers as one of the most (and probably the most) important communication advisors Belgium has ever known. A few years ago he sold his communications companies, and he waved the whole communications sector goodbye. He is now CEO of the internet company Musebooks.world. Musebooks.world is a rather interesting project as the company has developed a new way of reading digital art books. Check out the website to see what it is all about. Next to that he is a columnist for the economics daily De Tijd plus senior advisor for UCARE Change where he coaches executives and entrepreneurs. 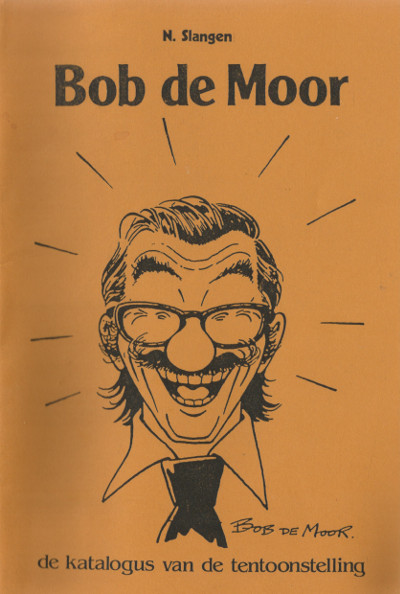 But back to that exposition that took place some 34 years ago. For that occasion the young Noël Slangen had prepared a catalogue including a short bio of Bob De Moor plus scans of drawings (see the front cover on the left). Here’s what Slangen remembers from that period.

BDM: How did you roll into that Bob De Moor exhibition project? You were quite young no?

NS: I was 15 or 16 (editor’s note: he was 18) and was totally into comics. When I didn’t have to be at school I worked in a comic shop with the name Wonderland. But apart from that, I was really fascinated by comics and that has never changed. It was an idea of Luk Poelmans, the owner of the shop, to have a Bob De Moor exhibition. But I already was a fan of him because of the reprints that were being made of his work for the real comic lovers. Small editions in black-and-white, but it served his work well because it honoured the beautiful inking and line of Bob de Moor.

BDM: How would you define your affinity with his work? The booklet you published for the occasion was quite extensive considering it was pre-internet.

NS: I had everything of Bob that a sixteen-year-old could buy for a reasonable amount of money. But I knew a lot of collectors thanks to my work in the shop. And they provided me with some really extraordinary work. Even an original plate of an adventure that Bob de Moor started but never finished. I have put it in the catalogue and Bob was astonished to see it.

BDM: You have met Bob De Moor various times, how could you describe the man?

NS: He was impressive and modest at the same time. His professionalism was well known, but he was such an amiable guy. You just felt good if you had talked to him. I can imagine that he would have been a fantastic father for his children.

BDM: De Moor has been largely or even completely forgotten by the generation born after the mid-seventies. A pity, or something that was written in the stars?

NS: Bob De Moor made some work that had international power, like Balthazar. But he was not really the ‘entrepreneur’; he wanted to be part of a bigger story. You can see this in his career path. In his first work for the Tintin-weekly he just filled the holes that they wanted him to fill. If they wanted some work for their Flemish audience, he made it, and when they wanted something else he made fantastic work, but exactly fitting their question. That was also his approach, working for Hergé. I was really surprised to read that he had put his mind upon finishing the last Tintin. That was, in my vision, not the kind of working-relation he had established with Hergé. And you can also see that in the way that he made the second part of Sato after the death of Edgar Pierre Jacobs. Het was too serving in a way.

BDM: I noticed you also talked about the more obscure (often never re-published) work in the catalogue which he created in his early years, his pre-Tintin work for KZV, Kapoentje for instance. Naïve work or do you already see in there the talent he was to be?

NS: His early work is a mix between the swinging drawings that were used in the States in that era, heavily influenced by the animation industry and Disney. And in other work you already see how good he is in using a clear line. Typical for Bob De Moor was that he even changed his line for Barelli because Hergé asked him to do so, to make it more different from Tintin. In the lines he uses, you see his fabulous craftsmanship.

NS: I have sold a lot of my books and drawings, because the amount was just too much to keep finding room for. I also am more of a reader than a collector. Except from Marc Sleen, I sold all my antiquarian books. But I have kept a beautiful study in colour for a cover of Barelli from Bob de Moor, in a small format.

BDM: You were active in politics, sometimes I get the impression that politics are even more surreal than the most weird comic scenario?

NS: No, politics are a lot more boring then comics. So I’m glad I’m ready with politics, but I will never be ready with comics.